Back at the beginning of October, I visited Poland for the JDD conference. JDD touts itself as the Java enthusiast conference. I’ve attended in the past and was excited to return. This year I gave a talk entitled, “QA TO QA: SHIFTING FROM QUALITY ASSURANCE TO AGILE QUALITY.” I also hosted a workshop entitled, “REFACTORING AND CLEAN CODE.” I received favorable comments afterward, met a lot of Java enthusiasts, and had a good time at the conference.

I like to do sight-seeing and meet with some friends wherever I travel these days. Poland was no exception. While there I visited Auschwitz, which was a departure from the more uplifting destinations I’ve visited in the past. It’s a trip that left me feeling depressed and sad that humans could treat other humans in such a way. It gave me a unique perspective on the disturbing history of the place.

After Auschwitz, I traveled to Stockholm to visit with some old and new friends. I met with Woody Zull who I collaborated with on his Agile Report on Mob Programming. Woody invited me to participate in talks at H&M (large clothing place) on Sustainable Architecture and we also went to Spotify where we talked to some Agile coaches about Mob Programming.

Spotify operates out of a very cool office. They clearly know how to keep developers happy.

When I arrived back in Urbana, I left almost immediately after for Portland, Oregon and the SPLASH conference, where I did a tutorial on Shifting from Quality Assurance to Agile Quality. Next year’s PLoP conference will be held in conjunction with Splash in Pittsburgh, so if you’ve ever wanted to attend either conference, you’ll have a chance to go to both with one trip.

Previous post: Returning to the Land of the Agile Sun 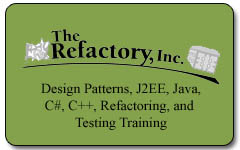